Lauren Williams is a 19 year old soprano from Glynneath and is currently studying Vocal and Opera Studies at the Royal Welsh College of Music and Drama (RWCMD) in Cardiff.

A big part of her musical life was as a member of the Hywel Girls’ Choir and Hywel Boy Singers and Angelicus Celtis, who she joined on a scholarship programme at the age of 11. She soon became a senior soloist in both choirs appearing alongside artists such as Leslie Garret, Gary Griffiths, Wynne Evans, and Aled Jones and appearing in such venues as The Royal Albert Hall, Brangwyn Hall, the House of Lords and with the Chelsea Pensioners.

Lauren has taken part in Television and Radio performances. She has performed for HRH the Earl of Wessex as part of a celebration of the Duke of Edinburgh Awards at the Millennium Centre Cardiff and has also performed for HRH Prince Charles and the Duchess of Cornwall.

Lauren has been successful in many competitions and has previously been a runner up at District Finals of the Rotary Young Musicians Competition held in Blackwood.  Furthermore, Lauren has won the Neath Young Singer of the Year award twice. Also, she has won for 3 years running the musician and performer of the year with her school and was awarded her schools’ highest award this year, namely The Eirion Richards Award for Contribution to School Life and for achievements both Academically and Musically.  She has also won the Dunvant Young Singer of the Year Award. 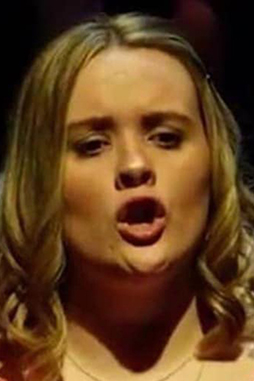 Lauren likes to sing Classical pieces and has a varied repertoire.

This is a collection of audio and video of Lauren.